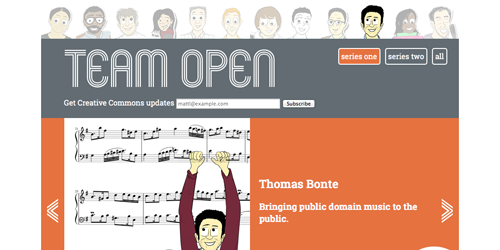 The Team Open mini-site and social media campaign were the products of an in-depth study of the community of Creative Commons licensors. We identified several key audience groups based on the organization’s strategic plan, and then interviewed users that exemplify the reasons why each audience uses CC.

The Team Open interviews are extremely useful for explaining how CC licenses work. They’ve also resulted in the interviewees themselves being more frequently called upon to discuss CC in their fields, becoming more credible spokespeople in those fields than anyone on CC’s staff. 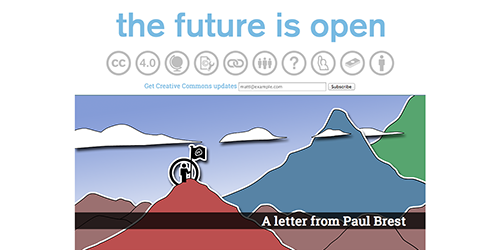 After the popularity of his work with Team Open, we called upon cartoonist Luke Surl to create the illustrations for our 2013-14 annual report. By making it as easy as possible for readers to share bits of the report with their networks, we drove a huge number of new subscribers for our newsletter and fundraising campaigns. 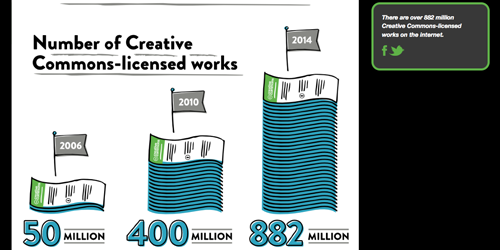 In 2012, I founded a small publishing company called Mission Cleaners Books. The company publishes work from the nether regions between traditional and experimental poetry.